Our co-founder Chris’ first big venture and ongoing other career is a professional photographer. Chris has photographed 300 hundred weddings, over 500 properties, 1000’s of cars, events, portraits, you name it. Chris Radley Photography’s website is an ever-evolving process.

We produced a website that quickly and easily finds visitors the information and photos people need to see. Almost everything is available within a couple clicks. Throughout the life of the website the SEO has constantly changed, AdWords has been implemented, there’s a huge blog, custom 404 pages, custom forms and of course a lot of photos.

Liv wanted a website that is all about the imagery. In most creative industries and definitely in as an illustrator, good images will get you work so after initial consultations we went with a three across grid on the home and indefinite length. Functionally Liv wanted to be able to update the website with new content as she produced it and social media sharing was essential. Liv has many thousands of followers on Instagram and other social media platforms and some of her biggest clients, including Snapchat, came through social media.

Liv Wan Illustration is hosted on our ultra-fast UK based cloud servers and general Search Engine Optimisation has been implemented throughout the website.

Chris Radley Photography has been optimised for a large range of devices from desktop computers, laptops, ipads and mobile phones. 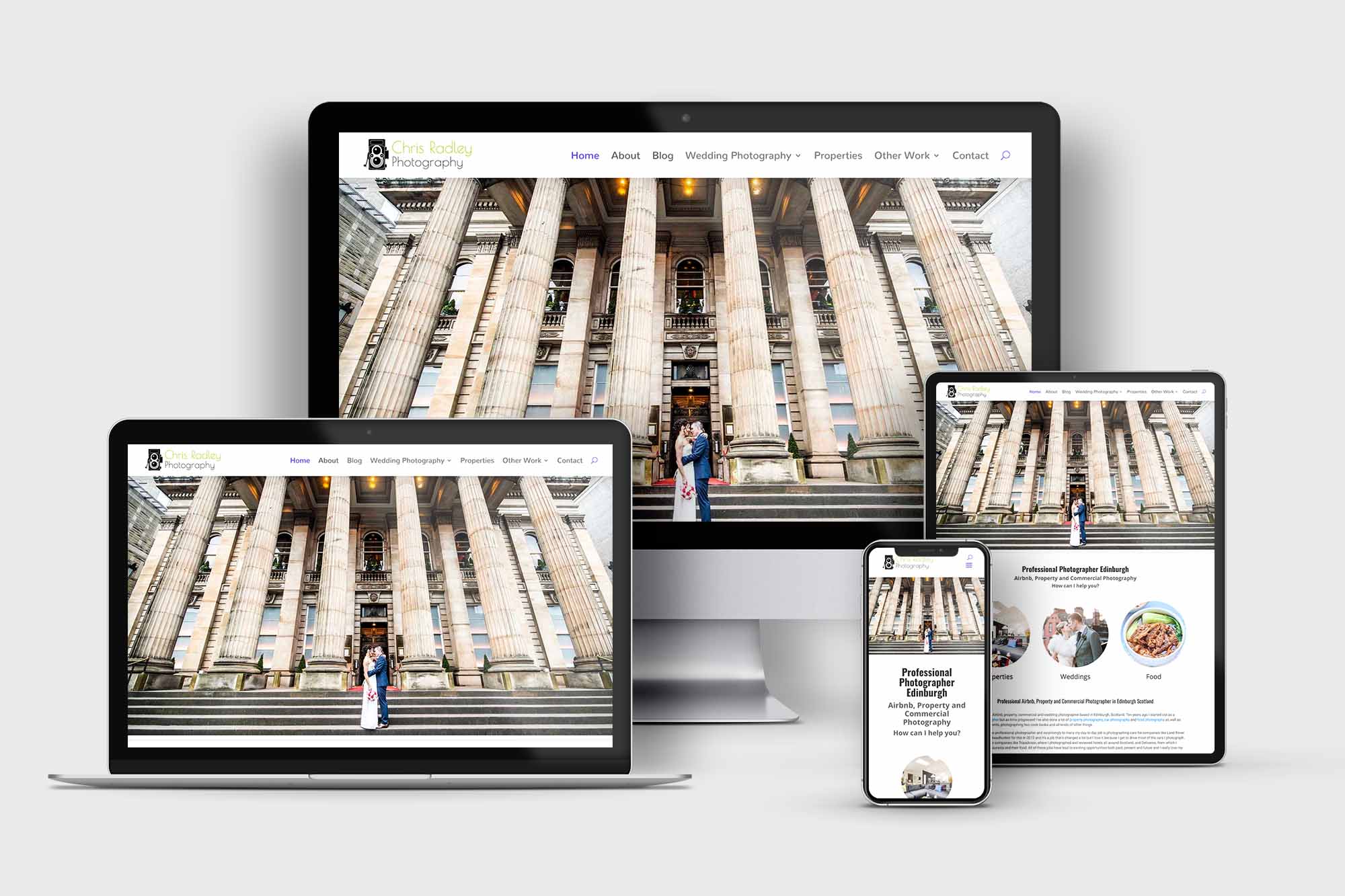 The most important thing for any photographer is the photography so every page apart from the legal pages provides a bold showcase of images. The home page focuses on the main categories of work Chris does and an automatically updating blog. There are showcase pages, for example food, which shows multiple images and the blog itself showcases all recent work.